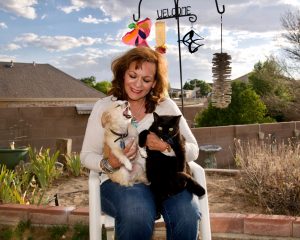 Cynthia is a Native New Mexican who cares deeply about her community. She was elected to serve as your District 5, Albuquerque City Councilor in 2017, and was also elected to serve on the Board of The Albuquerque Arroyo Flood Control Authority for the West Mesa in 2014 (AMAFCA). Today she enjoys volunteering at UNM and on the Rio Grande Credit Union Board. She loves spending time with her nephews and nieces, and her pets, Brittney and Gheisha.